English summary of my website, mainly dealing with the genealogy of the Kaempff family.

This website contains a few impressions of the Dutch town of Meppel, where I live, and of Oldemarkt and Giethoorn, villages nearby. The main issue on this site however is the research on the history of the Kaempff family. Kaempff was the name of my grandmother and is of German origin.

The son of the oldest known ancestor was Christiaan Frederik Kaempff, born on August 18th 1752 in Blankenhain in Thuringia, Germany.
For some unknown reason he left left Germany together with his brother and mother. We are not sure if that had something to do with religious motives or the Seven-year War, around 1763. Christiaan Frederik settled in Amsterdam and afterwards in Oldemarkt in the Netherlands. 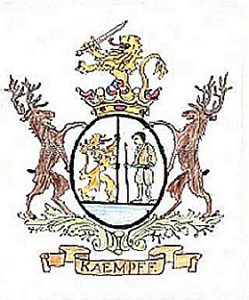 In 1795 there was a revolution in the Netherlands in order to install a more democratic government. Christiaan Frederik Kaempff played an active part in this, in the province of Overijssel. After the mayor of Giethoorn was removed from office, Christiaan Frederik was installed in his place until he died in January 1813. He was succeeded by his son Johan Christiaan Frederik and later on by Frederik Cornelis Theodoor Kaempff.

Because of his profession he left some traces in archives etc. This is why I’m trying to find out more about him, his family, the reasons he left Germany for Holland and so on. I’m also interested if there are still some people bearing the name Kaempff, either in or outside Germany and whether they are in some way related to this Christiaan Frederik Kaempff.
It is of cause possible, that the way this name is written, has changed during the past centuries.